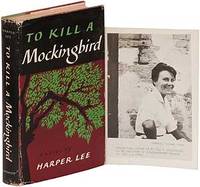 The trends in book collecting this year have been interesting to watch. The past few years have shown dystopian literature to be very popular, especially YA (young adult) series. This year, those purchases are down while non-fiction books on history, politics, and socio-economics are booming. In a fun overlap of popular culture and American history, books by and about Alexander Hamilton have been overwhelmingly sought after.

A slew of celebrity deaths has impacted the world. We’ve seen the sales of many autographed books, ephemera, and photographs related to Leonard Cohen, David Bowie, Prince, Richard Adams, John Glenn, Fidel Castro, Edward Albee, Jack Davis, Elie Wiesel, Harper Lee, Umberto Eco, and many of the other famous folks who passed away during 2016.

The United States election also made an obvious impact on book buying. Purchasing of books by Donald Trump, Hilary Clinton, Bill Clinton, Bernie Sanders, and surprisingly, Ronald Reagan, became very common near the end of 2015 and ramped up through election day. Classic fiction and non-fiction related to society and politics also saw an upswing in sales of works by Ayn Rand and copies of Hitler’s Mein Kampf, in particular. As usual, Winston Churchill remains a very collectible author and politician.

Children’s books remain a strong factor in the world collectible books and ephemera, with favorites like Alice in Wonderland, books from Baum’s Oz series, and Peter Pan being purchased with great regularity. Harry Potter continues to shine as a highly-desired modern first edition, and the movie version of Fantastic Beasts and Where to Find Them only served to increase those ripples.

The three most expensive sales on Biblio this year were:

Thank you all for a wonderful year - best wishes from all of us here at Biblio to all of you. Let’s hope 2017 is a bit brighter for everyone!